One thought on “Understanding Typography For Your Project” 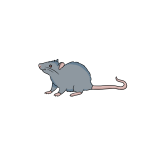